Sanibel is a Popular Florida Destination 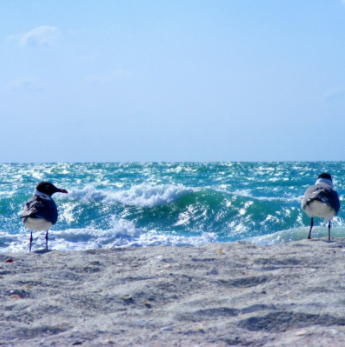 The Allure of Sanibel

Sanibel, Florida is a true island escape. Coupled with Captiva islands, its 15 miles of beautiful beaches, cerulean waters, and vast array of shells have attracted tourists and permanent residents alike.

Perfect for individuals who love the salt life, shopping, dining, and outdoor activities, you’ll be hard-pressed not to find something for every member of the family. This island getaway blends relaxation with adventure as it offers activities like:

An Island Rich with History

First inhabited by the Calusa Indians approximately 2,500 years ago, it was claimed by the Spanish in the mid-16th century, who possessed it until 1763 when they traded it to Britain for Cuba.

However, for all of this claim and trade, Sanibel held no modern settlements until 1832 when the Florida Peninsular Land Company chose to build a town there. Fifty homesites were planned and a few pioneers began planting crops such as corn, sugar cane, hemp, sisal, and pumpkins. However, their aspirations did not come to fruition.

By 1849, the settlement was abandoned. Yet they did leave one legacy behind. Their petition for a lighthouse was honored, and in 1884 the Sanibel Island Lighthouse was constructed. This lighthouse and its lighthouse keeper building remain the oldest structures on this marvelous island.

By the 1930’s, Sanibel was becoming a fishing attraction, particularly for its tarpon. Wealthy families began vacationing there, as well as famous individuals like Thomas Edison and Henry Ford.

In 1945, Truman signed an Executive Order that created the Sanibel National Wildlife Refuge, which makes up over 6,400 acres of mangroves, seagrass beds, marshes and hardwood hammocks. This spans more than half the island, preserving the beauty of this remarkable place.

In May 1963, the causeway opened, linking the island to the mainland, attracting the growing number of tourists and residents the island features today. There are many historical sites remaining that you can visit on the island, including:

Whether you’re looking to plan your next vacation, your wedding, or a place to call home, Sanibel is a place worth discovering.